In Condominium and Homeowners Association Law. 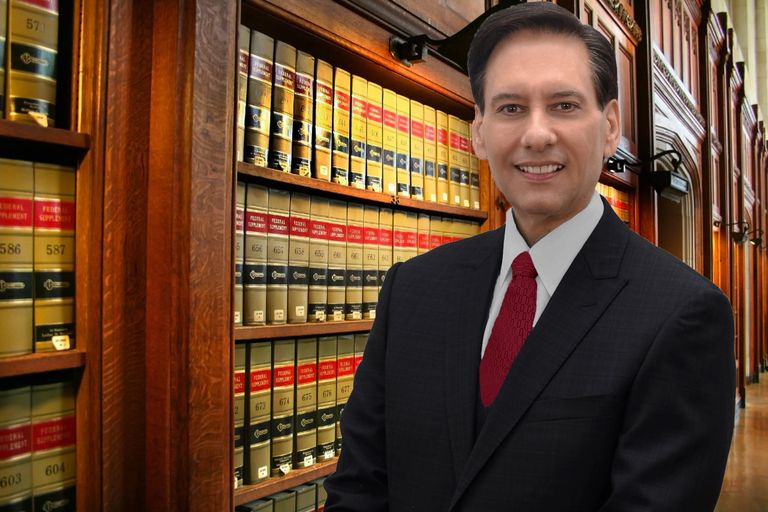 As an experienced and specialized attorney having worked with hundreds of condominium and homeowners associations, and as a dedicated advisor to business executives for decades, my goal is to provide you with exceptional, personalized service and to guide you through the best legal and practical solutions for your legal situation.

Often, disputes can be resolved through direct negotiation, mediation, or arbitration rather than costly, protracted litigation. Not every dispute requires litigation. Moreover, disputes can often be avoided altogether or you can be in a much more favorable legal position through careful planning and contract drafting before a dispute ever arises.

That's were my experience comes in. Call me for a consultation.

The sooner you have a plan of action, the better your chances of favorable outcome. Call me for a free consultation.

Associations in Florida are governed by Florida Statutes as well as various legal documents that together comprise their governing documents. When provisions within the various documents or with Florida Statutes are in conflict, questions arise as to which document takes precedence.

The Governing Documents in General

In Florida, condominium and homeowners associations are governed by Florida Statutes as well as the association's declaration of condominium (or declaration of covenants and restrictions, in the case of a homeowners association), as well as the association's articles of incorporation, bylaws, and rules and regulations. Typically, these documents are carefully drafted so as to compliment each other without any conflicting provisions. Occasionally, however, an apparently ambiguous or even express provision in one document seems to conflict with a similar provision in another document and thus the conflict must be resolved by giving its respective document the weight and authority it carries in the hierarchy established by law.

The Declaration of Condominium or Covenants and Restrictions

The declaration is the most comprehensive of the documents that comprise the governing documents. The declaration, for example, describes the property; identifies easements; identifies what constitutes an owner's property and what property belongs to the association itself; establishes responsibility for the maintenance and repairs of the various kinds of property; provides for architectural control restrictions; provides for the levying of assessments; and authorizes legal remedies for the enforcement of the association's covenants, restrictions, and rules and regulations.

The Florida Supreme Court has determined that an association's declaration of condominium is its constitution. See Woodside Village Condominium Association, Inc. v. Jahren, 806 So. 2d 452 (Fla., 2002), citing Pepe v. Whispering Sands Condominium Ass'n, Inc., 351 So. 2d 755 (Fla. 2d DCA 1977). In Pepe v. Whispering Sands, the court stated: "A declaration of a condominium is more than a mere contract spelling out mutual rights and obligations of the parties thereto-it assumes some of the attributes of a covenant running with the land, circumscribing the extent and limits of the enjoyment and use of real property. Stated otherwise, it spells out the true extent of the purchased, and thus granted, use interest therein....Hence, because condominiums are a creature of statute courts must look to the statutory scheme as well as the condominium declaration and other documents to determine the legal rights of owners and the association."

Articles of Incorporation, Bylaws, and Rules and Regulations


Next in the hierarchy is the association's articles of incorporation. The articles of incorporation outline the legal name and principal address of the association, the number of directors, and the purpose of its existence, for example. The association's bylaws are next in line and provide the basic framework for the management and governance of the association. It is here where procedures may typically be found regarding, for example, elections, the type of meetings that may be held, criteria for eligibility of directors, voting rights and quorum requirements, and duties of officers.

Board members and others responsible for the governance and operation of a condominium or homeowners association should understand the priority given to each of its documents, all of which are subordinate to Florida Statutes, when there is an apparent conflict in a given provision. However, this understanding should serve only as a foundation for a common understanding and discussion of the particular facts and issues with the association's legal counsel rather than for embarking on a course of action without competent legal advice. Governing documents are typically quite extensive, and what appears to be a direct conflict in one section may be fully reconciled by a provision in another section.

Enforcing a Previously Unenforced Covenant, Restriction, or Rule and Regulation

Condominium and homeowners associations typically understand the importance of uniformly enforcing their covenants, restrictions, and rules and regulations, as set forth in their governing documents. Nonetheless, an association may on occasion find itself in a situation where (for whatever reason) a particular provision in its governing documents has not been enforced uniformly (or perhaps not at all) for some time. For example, an association may have been overlooking a pet restriction in its declaration of condominium or declaration of covenants and restrictions, such as a restriction prohibiting dogs, limiting the number of dogs, or perhaps imposing a weight limitation. Other common examples include commercial vehicle restrictions, a prohibition on tool sheds, or a requirement to obtain association approval before leasing a unit or home.

At some point, possibly because the lack of enforcement gave rise to undesirable conditions in the building or community, or for other considerations, members of the association (which for our purposes here we’ll simply refer to as owners) demand that the association address the problem. In response, the board of directors determines it is necessary or prudent to again begin enforcement of a restriction that has not been enforced for some time, maybe even years. In fact, the board of directors may be considering taking legal action against anyone who fails to comply.

However, if the association were to simply begin enforcing a previously unenforced restriction without first satisfying the requisite procedural and notice requirements, its actions could be challenged on the basis of waiver (albeit subject to non-waiver provisions in many association governing documents) and selective enforcement, both of which are recognized defenses in circumstances such as these. An association is said to be “estopped” or precluded from enforcing a given provision in its governing documents when there has been selective enforcement. In other words, an owner may have a very viable defense to enforcement action if other owners have been in violation of the same restriction for years and the association has not taken enforcement action against those other owners. Thus, an association could in these circumstances find itself on the losing end of an expensive arbitration or civil court case (or both).

The Supreme Court of Florida ruled on this very issue in the case of Chattel Shipping and Inv., Inc. v. Brickell Place Condominium Ass'n, Inc., 481 So.2d 29, 10 Fla. L. Weekly 2719 (Fla. App., 1985). In Chattel Shipping, the association’s governing documents prohibited enclosing balconies, yet over time, some forty-five owners had done so. Subsequently, a City of Miami official informed the association that zoning ordinances prohibited the enclosing of balconies. The association then informed all owners that although the association would not take action against owners who had already enclosed their balconies, the practice was expressly prohibited by the governing documents and this prohibition would be enforced going forward, meaning no other owners would be allowed to enclose their balconies. Two years later, an owner did precisely this, enclosing his balcony. After the association’s demands that the owner come into compliance were ignored, the association filed suit seeking an injunction to have the enclosure removed. The owner defended the action on the basis of selective enforcement, arguing that unless all owners were required to remove their balcony enclosures, the association was powerless to require that only he do so. After all, the prohibition had been in the governing documents all along, thus from the owner’s perspective, it should apply to everyone or to no one at all. The court disagreed and held in the association’s favor.

The court determined that (notwithstanding the line of cases that establish that an unequal and arbitrary enforcement of a restriction cannot be supported), when an association adopts and implements a uniform policy that as a practical matter as well as economic reasons will be enforced only prospectively, the policy will not be deemed arbitrary and selective. Consider the practical and economic burden upon the association if it were required to file suit against forty-five owners as a prerequisite to enforcing the prohibition in question. Moreover, as the court stated in Chattel Shipping, the association may be legally estopped from forcing compliance from those particular owners who may have relied on the association’s non-enforcement of the balcony restriction (or perhaps even tacit approval) before undergoing the expense.

Those formalities regarding rules concerning “unit use” (which is a rather broad and encompassing term) are set forth in Section 718.112(c), Florida Statutes. It requires a notice to unit owners with at least 14 days’ notice (specifically identifying the agenda items), mailed, delivered or electronically transmitted, as well as posting conspicuously on the condominium property for the same period of time. Florida Statutes Chapter 720 contains almost identical language with respect to “parcel use”, setting forth these same formalities. Moreover, recent changes to Florida Statutes Chapter 720, which now includes rules and regulations within the definition of “governing documents”, arguably requires the recording of any new or amendments to the rules and regulations before they are deemed effective, and sets forth the specific manner in which amendments to the governing documents must be proposed. Additionally, an association’s governing documents may set forth additional procedural requirements beyond those set forth in Florida Statutes.

Given the legal implications involved in the adoption and implementation of amendments to the governing documents, including rules and regulations, and their subsequent enforcement, associations should consult with their legal counsel on these matters (just as they prudently would do on any other legal matter) early in the process. This would allow the association’s legal counsel an opportunity to better identify the association’s goals, develop the appropriate language to be proposed for adoption, and then properly adopt and implement the policy.

The association’s legal counsel will also be in the best position to advise the association whether enforcement may be legally supportable against owners who violated the prohibition in question during the period that it was not being enforced, or whether enforcement should be only prospective in nature. In short, although associations should ensure that their covenants, restrictions, and rules and regulations are enforced consistently and uniformly, through close consultation with legal counsel the association will be in the best position to remedy the situation.

The information contained in this website is for informational purposes only, and may not be construed as legal advice on any subject matter. The reader nor anyone else should act or refrain from acting on the basis of any information included in the site without seeking the appropriate legal or other professional advice on the particular facts and circumstances at issue from an attorney licensed in that person's state. Additionally, the information in this website may not reflect current legal developments, The Firm expressly disclaims all liability in respect to actions taken or not taken based on any or all the information on this Website.

Information sent to us via Internet electronic mail or through the website is not secure and is done so on a non-confidential basis, and does not create an attorney-client relationship between you and us.

The Palacio Law Firm does not wish to represent anyone seeking representation based upon viewing this website in a state or jurisdiction where this website fails to comply with all laws and ethical rules of that state.

Reproduction, distribution,  or republication of material contained in this website is prohibited without our express, prior written approval.